Skyler Daniel comes from Knoxville, Tennessee. He is married to Ronella and has two awesome kids-Charlize (Charlie) and Amos. Skyler holds a Bachelor of Arts in Interdisciplinary Studies from Lee University in Cleveland, TN and a Master of Divinity from Wake Forest University, in Winston Salem, NC. He served as an associate pastor and university chaplain in Danville, VA, as a missionary in Bucharest, Romania, and in various other ministry contexts before coming to Lexington. He loves the mountains, banjo music, cycling, squishing his two little munchkins and giving his wife a big ole squeeze. 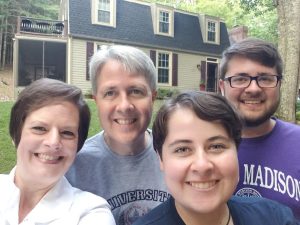 Greg Parker sang in his first Baptist church choir at the age of three. As an eighteen-year-old, he publicly committed to serving the Lord through music in whatever ways that might come to fruition. Since 1983, he has served as the worship leader in a variety of Baptist churches spread across Alabama, Texas, Missouri, North Carolina, and Virginia.

Greg has also served in denominational roles, leading choir retreats, teaching on the faculties of church music weeks in Missouri and North Carolina, and serving as a guest conductor for choral festivals, hymn sings, and Baptist All-State Choirs. In 2008, he was a member of the music selection committee for The Baptist Hymnal.

Greg and his wife, Lori, have been married since 1992 and are the parents of two grown children, Alex, who lives in Richmond, and Brianna, who lives in Radford. Greg and Lori live out in the woods near House Mountain, where you can find him puttering around in the yard trying to keep the deer out of his landscaping. 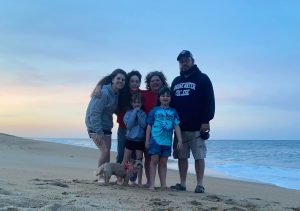 Molly Kay Moore grew up in the small town of Buena Vista, Virginia. She lives on a farm with her husband Robbie and their 4 children Maggie, Curtis, Addison & Emma. Molly Kay holds an Associates Degree in Business Management from National Business College in Salem, VA and is certified with the Rockbridge Area Prevention Coalition in Youth Mental Health. She loves spending time with family, friends and youth being outdoors camping & kayaking and vacations at the beach and in the mountains of Tennessee. 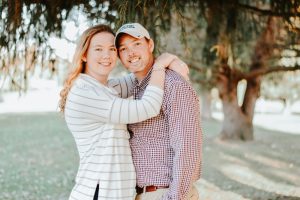 Katlyn Smals comes from the small town of Buena Vista, Virginia. She is married to her best friend Thomas. Katlyn holds a Bachelor of Science Degree in Biomedical Science from The University of Lynchburg in Lynchburg, VA as well as a Bachelor of Science Degree in Christian Pastoral Studies/Pastoral Leadership with an emphasis on Youth and Children from Liberty University in Lynchburg, VA. She is currently pursuing a Masters in Psychology with concentration in Christian Counseling from Liberty University. She loves spending time with family and friends, while being outdoors, coaching softball, and taking long drives with the music up and no destination in sight. 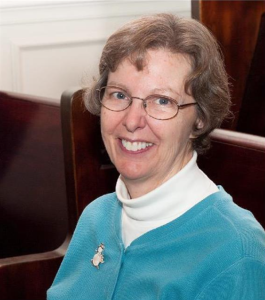 Alysan Raymond has been actively involved in church music since she was 13 years old. She has served in churches in Maine, NJ, AL, and 3 churches in VA, and is a retired YMCA Exec Director. She has an MBA degree from the University of Maine. She and Dale have 3 adult children, Dorrie, Donald, and Alicia. They have one grandson, Ethan. She currently teaches Aquacise at the YMCA and loves it! (certified Aquacise Instructor)